BPi-M1+ is an updated version of BPi-M1. It has 40 Pin GPIO headers and WiFi module on board, other interfaces are the same as BPi-M1. So it is also compatible with many Linux-based operating system and has many distributions specially developed for Bpi-M1 Hardware. Some of these distributions include Lubuntu, Android, Debian, Bananian, Berryboot, OpenSuse, Scratch, Fedora, Gentoo, Open MediaVault. 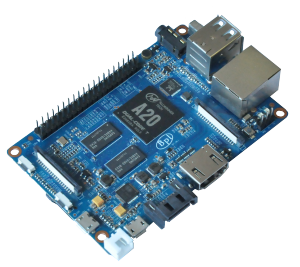 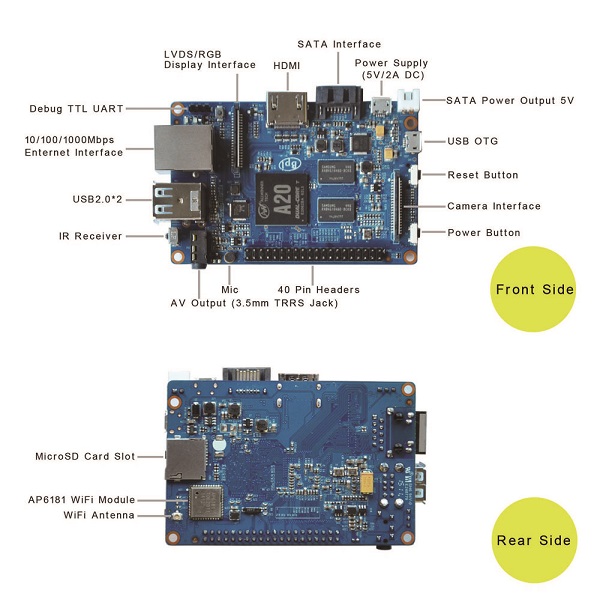 The CSI Camera Connector is a 40-pin FPC connector which can connect external camera module with proper signal pin mappings.  The pin definitions of the CSI interface are shown as below. This is marked on the Banana Pi board as “CON1″. CSI Camera Connector

The LVDS Connector is a 40-pin FPC connector which can connect external LCD panel (LVDS) and touch screen (I2C) module as well.  The pin definitions of this connector are shown as below. This is marked on the Banana Pi board as “CON2″.

The header CON4 is the UART interface.  For developers of Banana Pi, this is an easy way to get the UART console output to check the system status and log message.UART specification: